When the Daily Star dropped Beau Peep in December 1997, Roger and Andrew were signed up by the Mirror Group's 'Sunday People' newspaper.

Beau started in the People without any fanfare or promotion and, unbelievably there was no mention at all in their sister paper, the Daily Mirror -- even though Roger and Andrew produced 'Horace'for them. 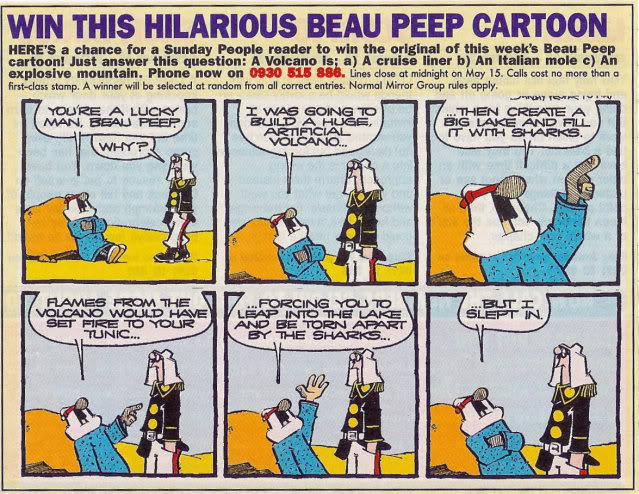 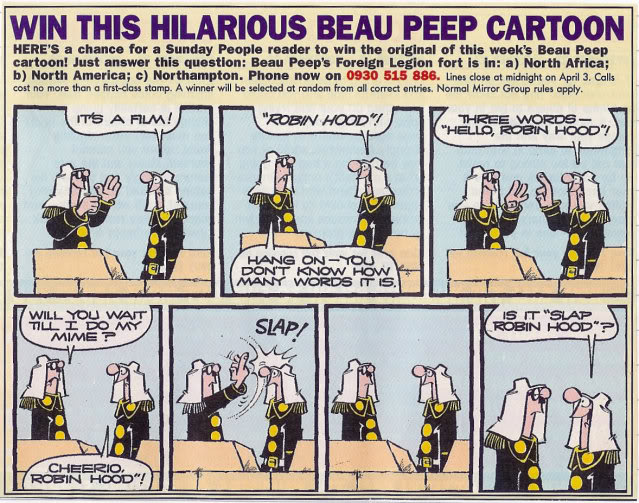 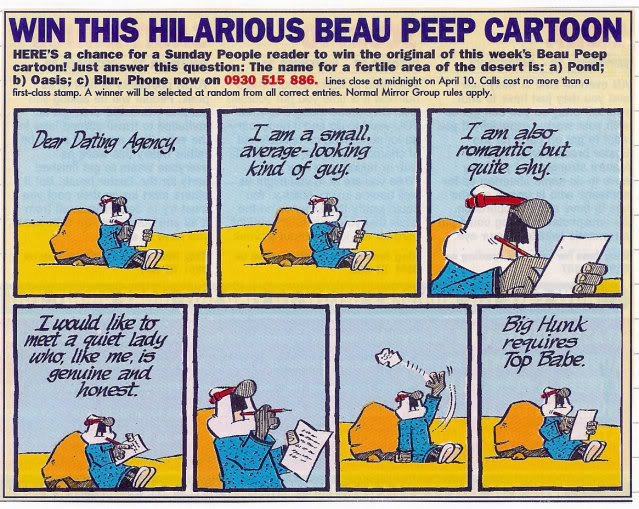 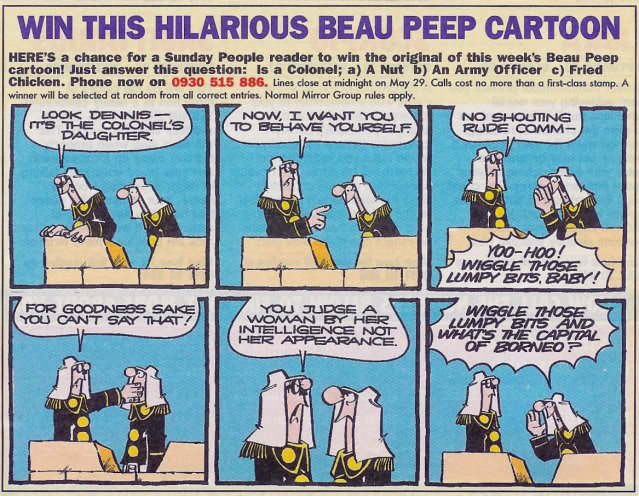 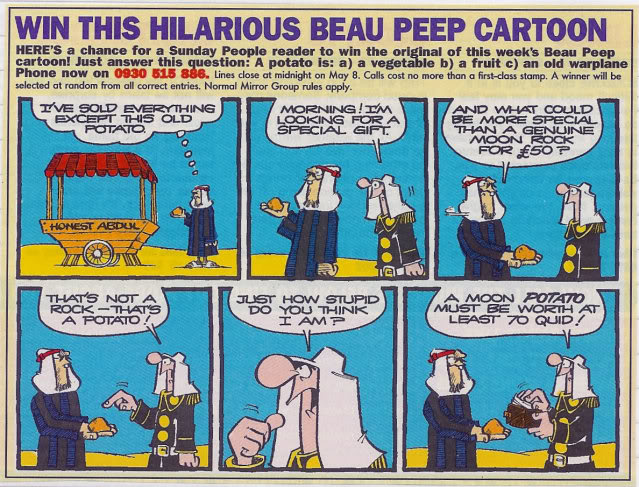 The competition lines to win the original artworks have now closed, but you may still be charged. Calls from a mobile may be higher. Please ask the bill-payers permission blah blah blah..

“ I was grateful to The People for taking us aboard, but I found it difficult to adapt to a Sunday-only format. Beau Peep had been conceived as a daily strip and, I believe, that's where it worked best. Anyway, thanks to a little bit of campaigning by some readers, the Daily Star changed their mind and Beau Peep returned there 15 months later”.

This was the second time Beau appeared in The People's magazine supplement. The first run of strips started in January 1989: 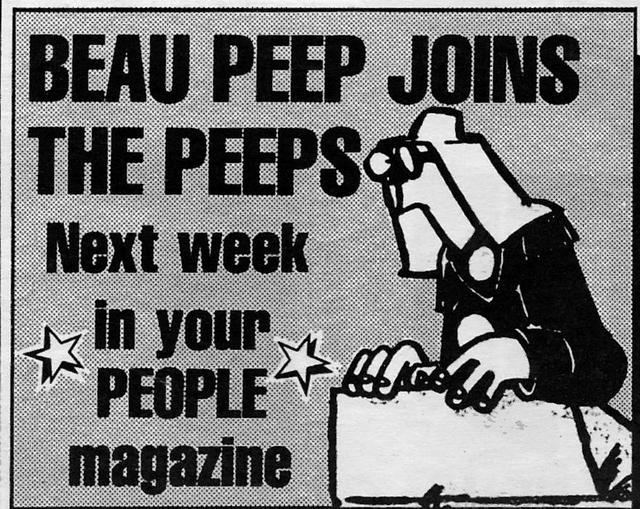