Egon, according to his job description, is the Fort’s cook. 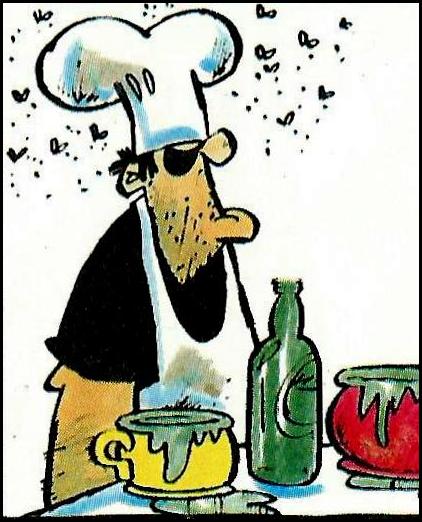 Describing him as unhygienic and incompetent would be an understatement. He is filthy. He keeps rats and cockroaches as pets in his kitchen, and has been seen to keep his feet warm in his fish pie or soup -- which are then served up for lunch. The only other person regularly seen in his kitchen is the Hygiene Inspector.

Egon never wanted to be a chef. “If it’s any consolation,” says Beau, “you never became one.”

He has an eye-patch covering his right eye, as does his sister (they are very probably identical twins), and his hobbies include lager, vodka and cooking-sherry. He learned his culinary skills under the great Monsieur Dungheap. The majority of his ‘recipes’ are mince-based, including the so-called vegetarian ones. He is obsessed by mince.

Despite his appalling hygiene and dreadful cooking, Egon is constantly followed around by a horde of admirers. Trouble is, it's just flies.

Roger was quizzed about Egon's appearance:

"That's just the way I doodled Egon when he first appeared. I'm pretty sure there has never been an explanation for the missing eye.
On a similar note, it's only a few years since I discovered that Popeye has only one eye -- although, granted, there's a bit of a clue in the name." 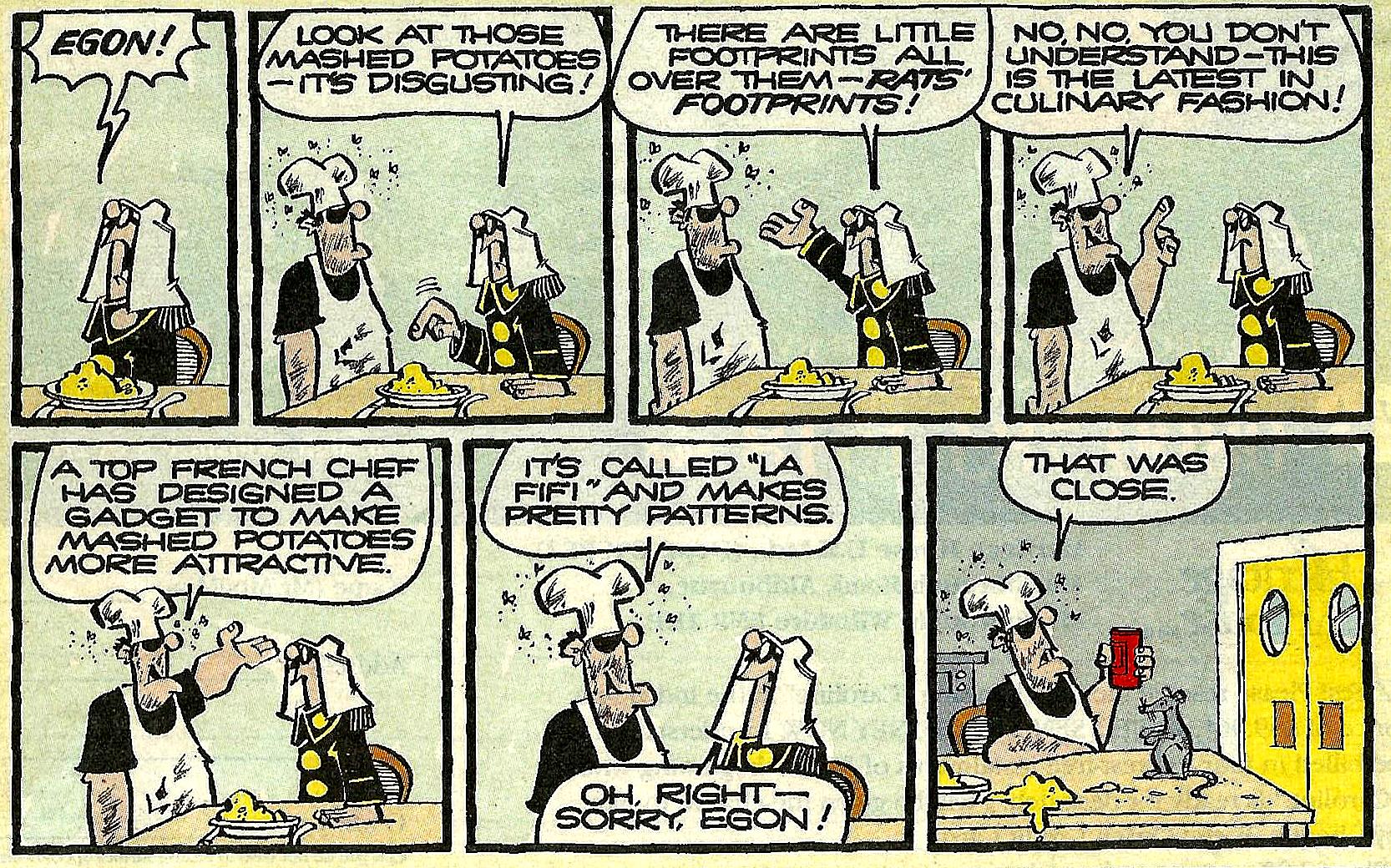 A Sunday People strip from March 1999

Despite the Christian name, Egon is British.

Roger says that the character’s name was inspired by world-famous Hungarian chef and food critic, Egon Ronay. When he died, aged 94, in 2010, Roger commented:

“Many years ago, I met a cartoonist called Mark Grant (who went on to write a T.V. sitcom called 'Perfect World', starring Paul Kaye) and he and his wife were friendly with Edina Ronay, the great man's daughter.
I learned through them that the 'original' Egon was hugely amused by his namesake and, if I remember correctly, I sent an original, signed strip to him.
Presumably, he's upstairs at the moment working on a new recipe for ambrosia.
Cheers, Egon.” 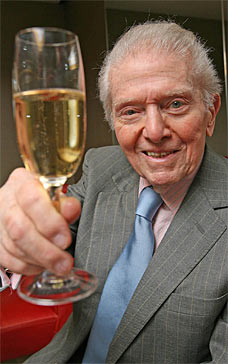 Egon's Family
His (unnamed) sister ran the fort canteen for week in September 1985:

Egon also has an Uncle Morris who cleans out the fish tanks in an aquarium. An unfortunate incident occurred to him when someone apparently switched the 'haddock' and 'piranha' signs..... 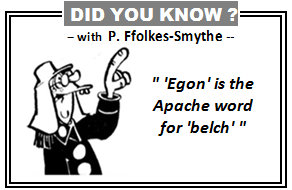