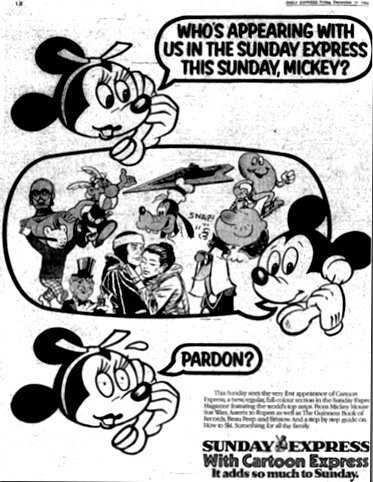 "The appearances of Beau in the Sunday Express were down to a brief series of "guest comic strips" that they ran. These included some American strips".

A Beau Peep strip, with an unusual layout, from the Sunday Express magazine in September 1983:

The strips were specially produced for the Sunday Express, and many are reprinted in Beau Peep Books 5 and 6 (they carry an 'SE..' code number).