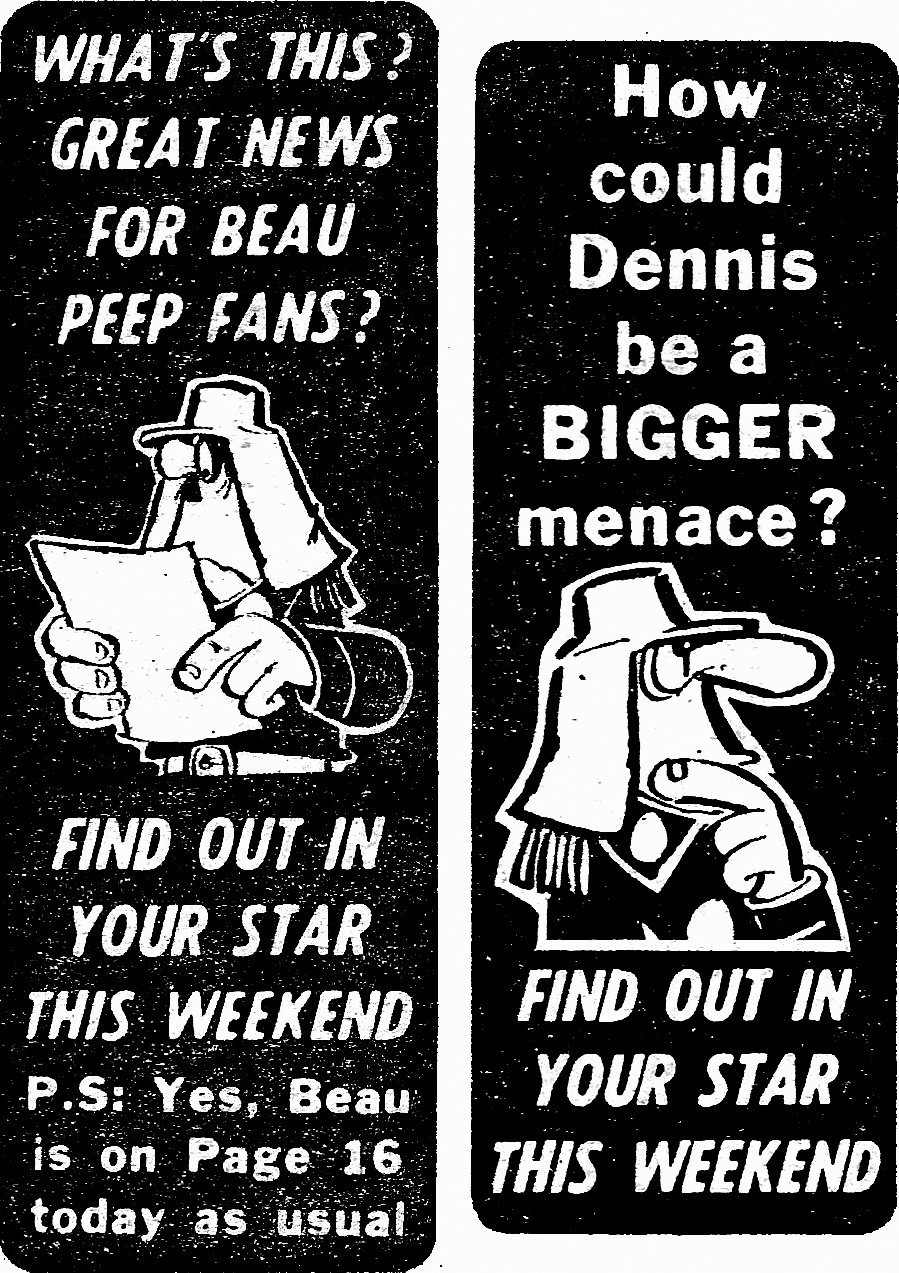 Following these trails during the preceding week, the first Beau Peep 'Saturday Special' strip was published in the Star on Saturday 29th August 1981. 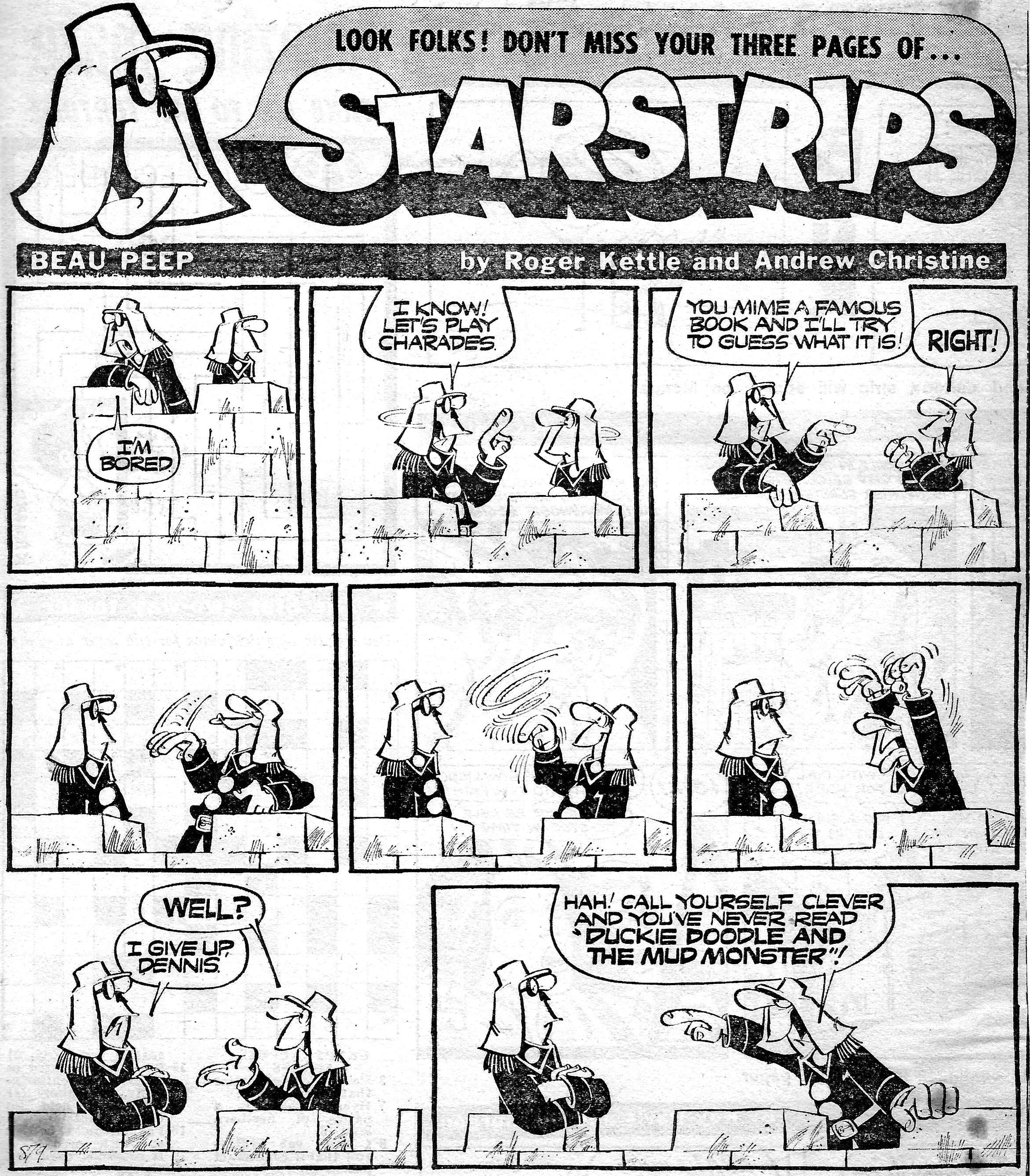 It consisted of 3-bars and was ‘standalone’ (i.e. it was a completely separate strip that did not follow on from the Monday to Friday story-line). These 3-bar specials appeared every Saturday (and most can be seen in the ‘Beau Peep Colour Collection’ book).

From Saturday 21st August 1982, these specials then comprised of only 2-bars, and these ran up to February 1984.

After a two-year break, a shorter run of 2-bar strips were published in the Star between April and August 1986.