In Italy the Strip is known, bizarrely, as 'Beep Peep'.

Four books plus a Supplement, of translated strips, in black and white, have been published there, and the Strip is regularly carried in the 'Skorpio' magazine. 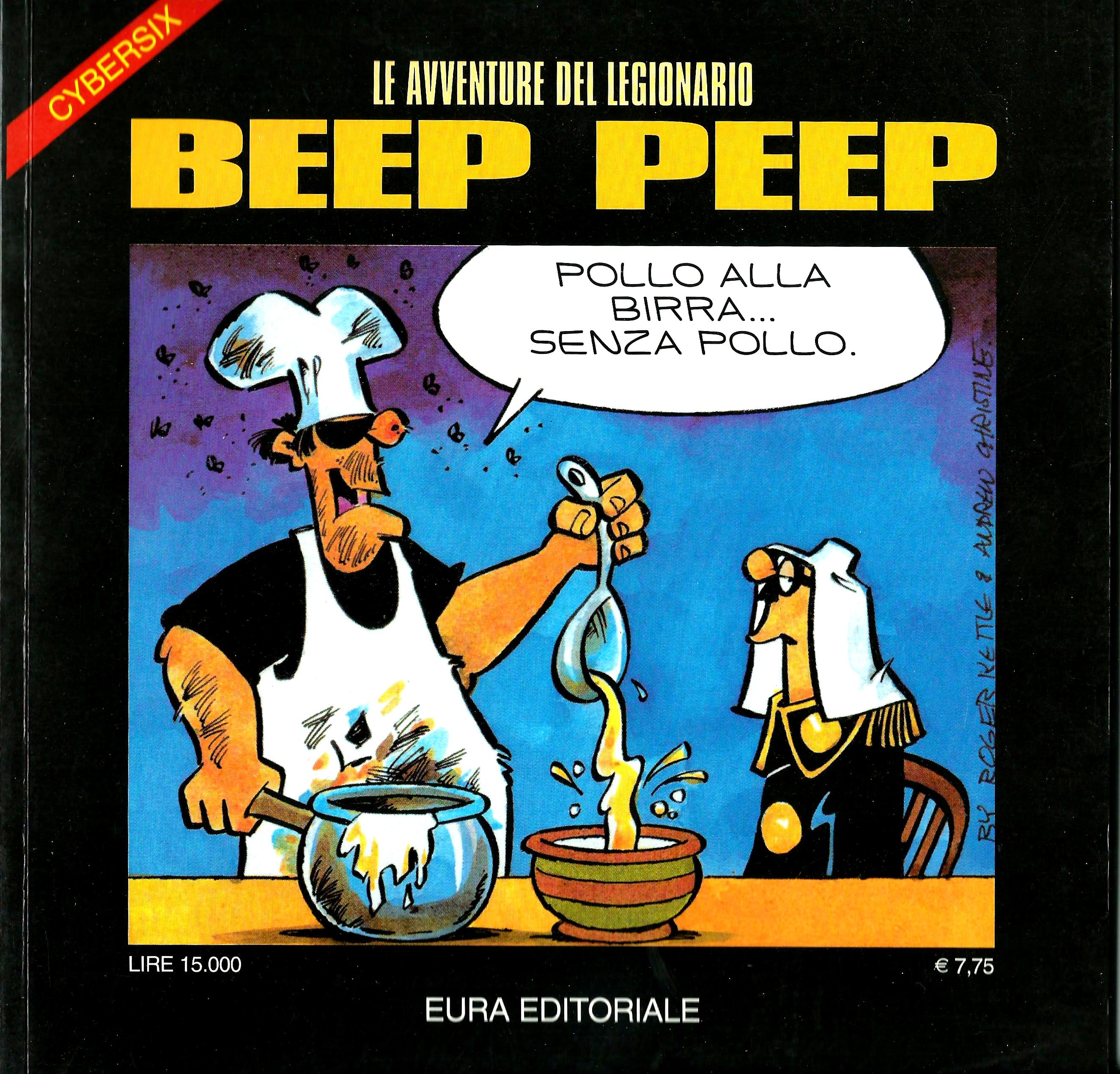 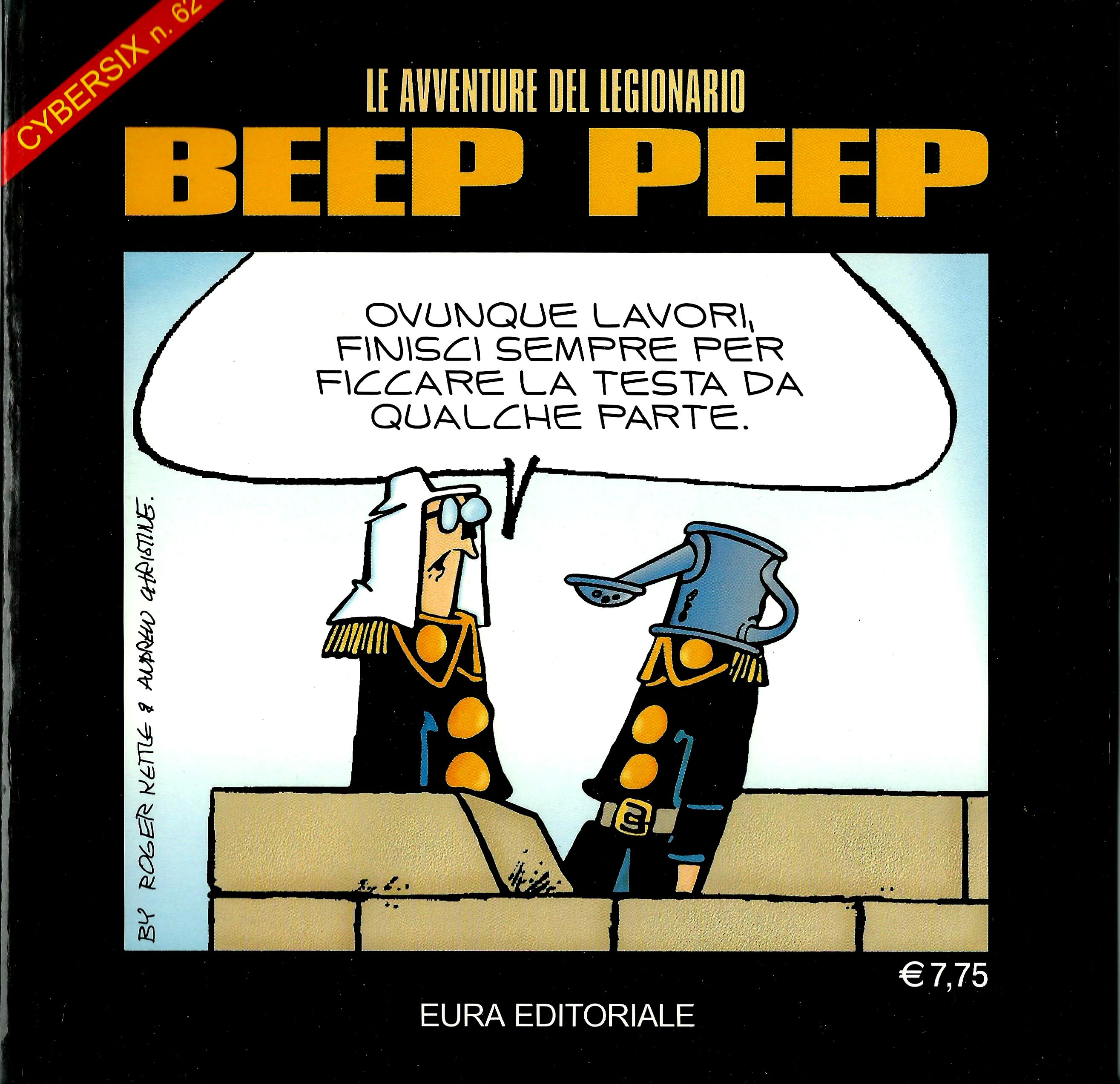 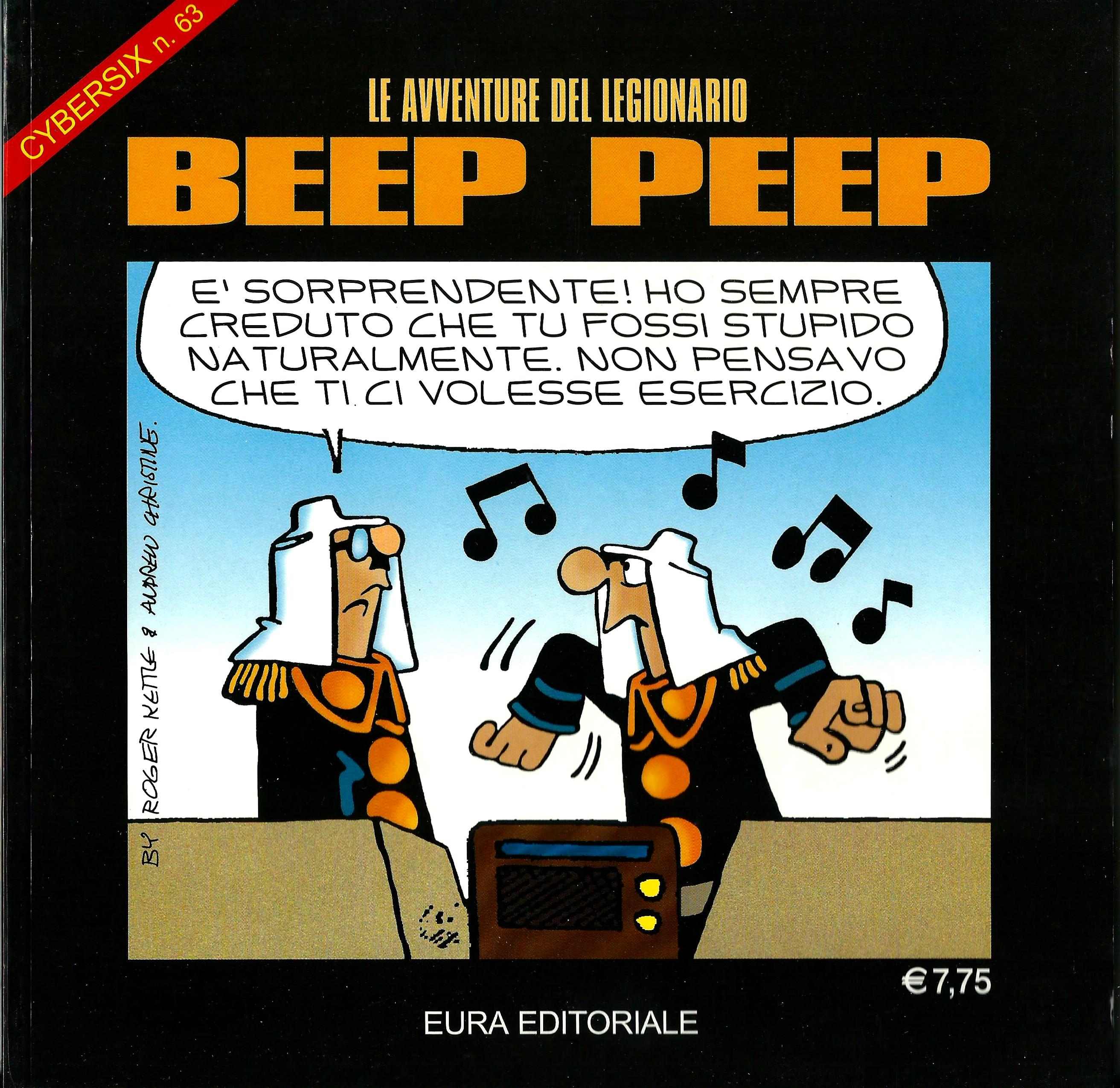 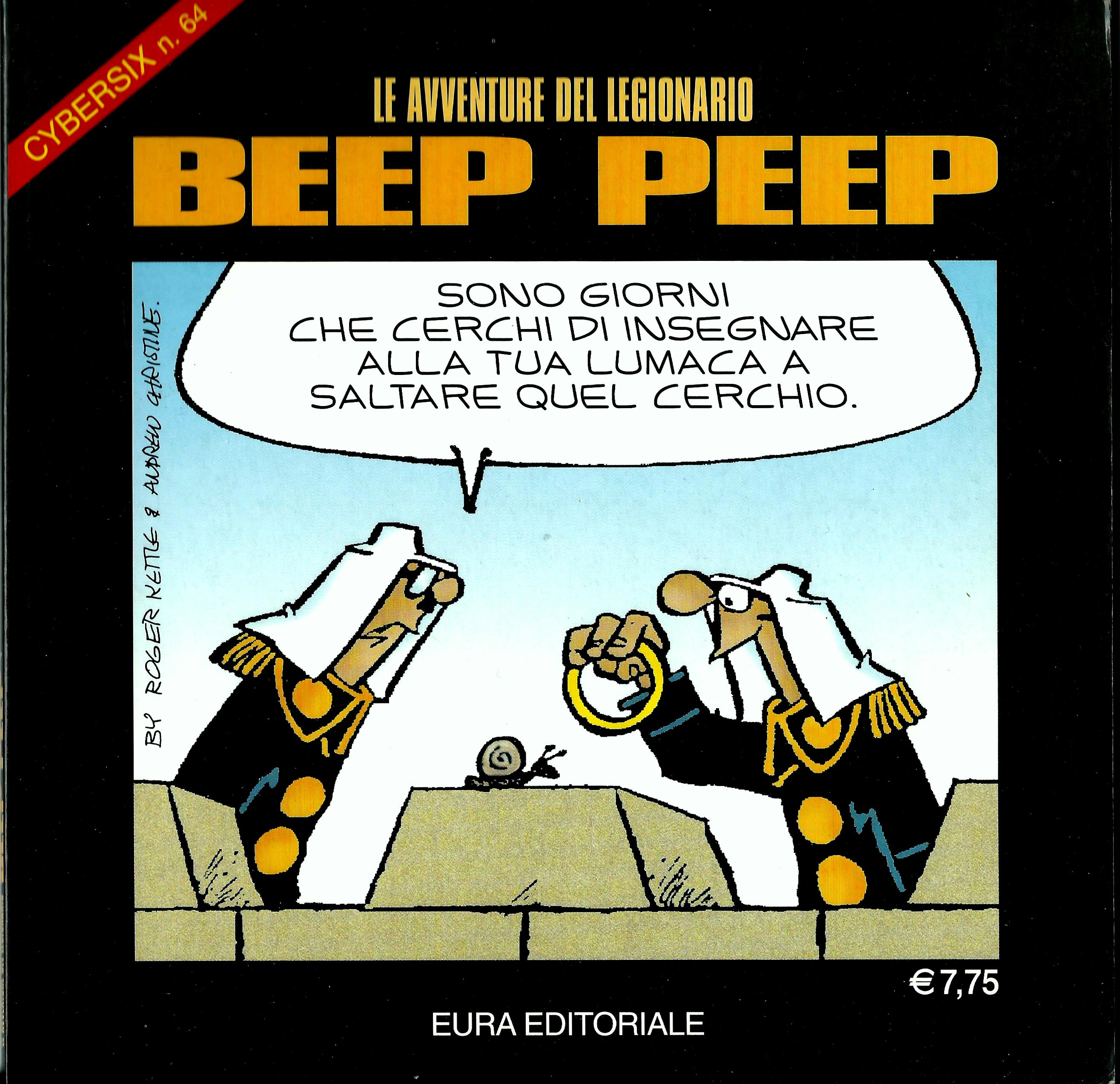 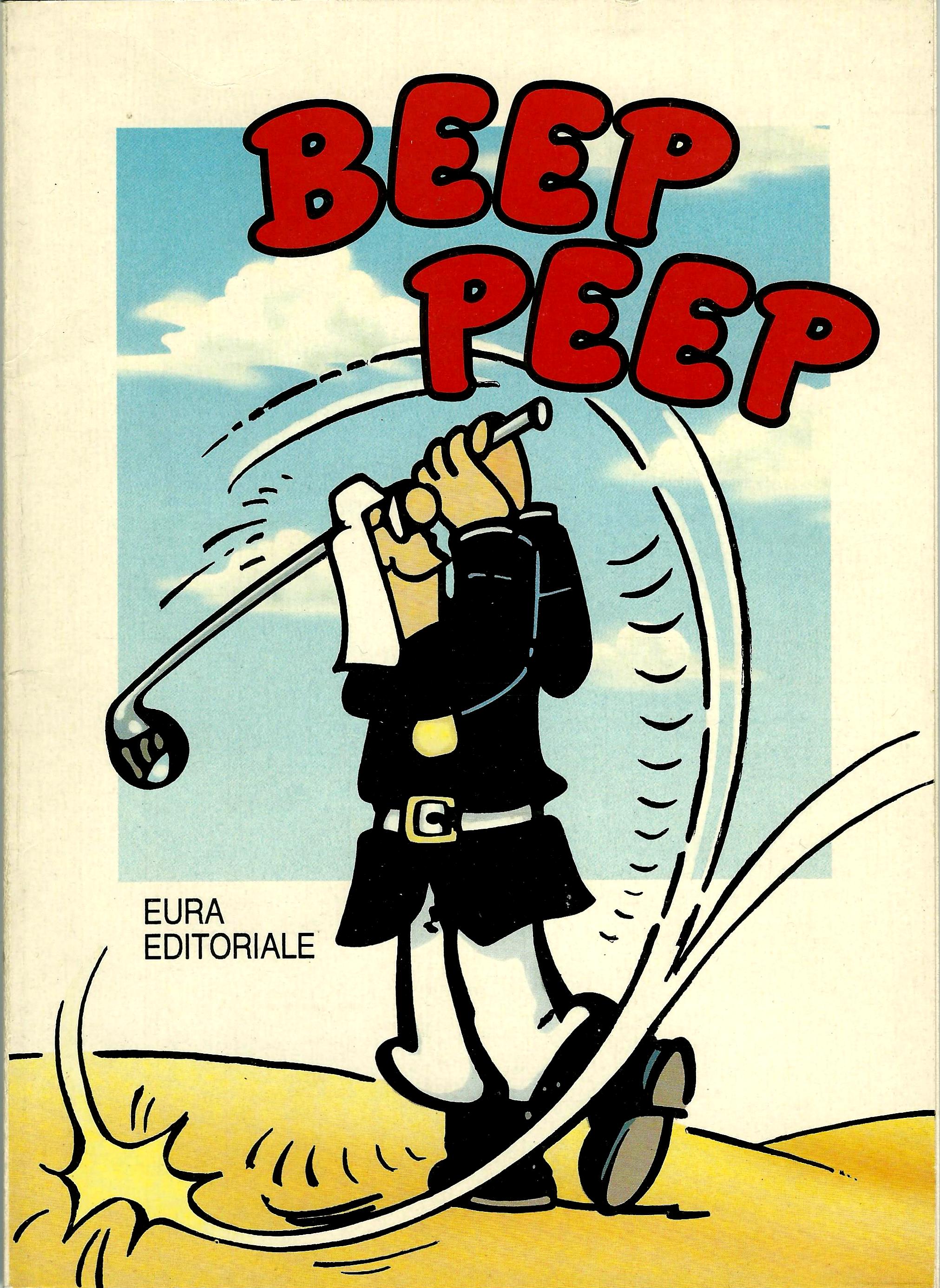 This is the Beep Peep Lanciostory Supplement. It's not a book, per se, but a 9" x 7" card covered supplement containing 50 pages of black and white strips. Published by Eura Editoriale in 1994. 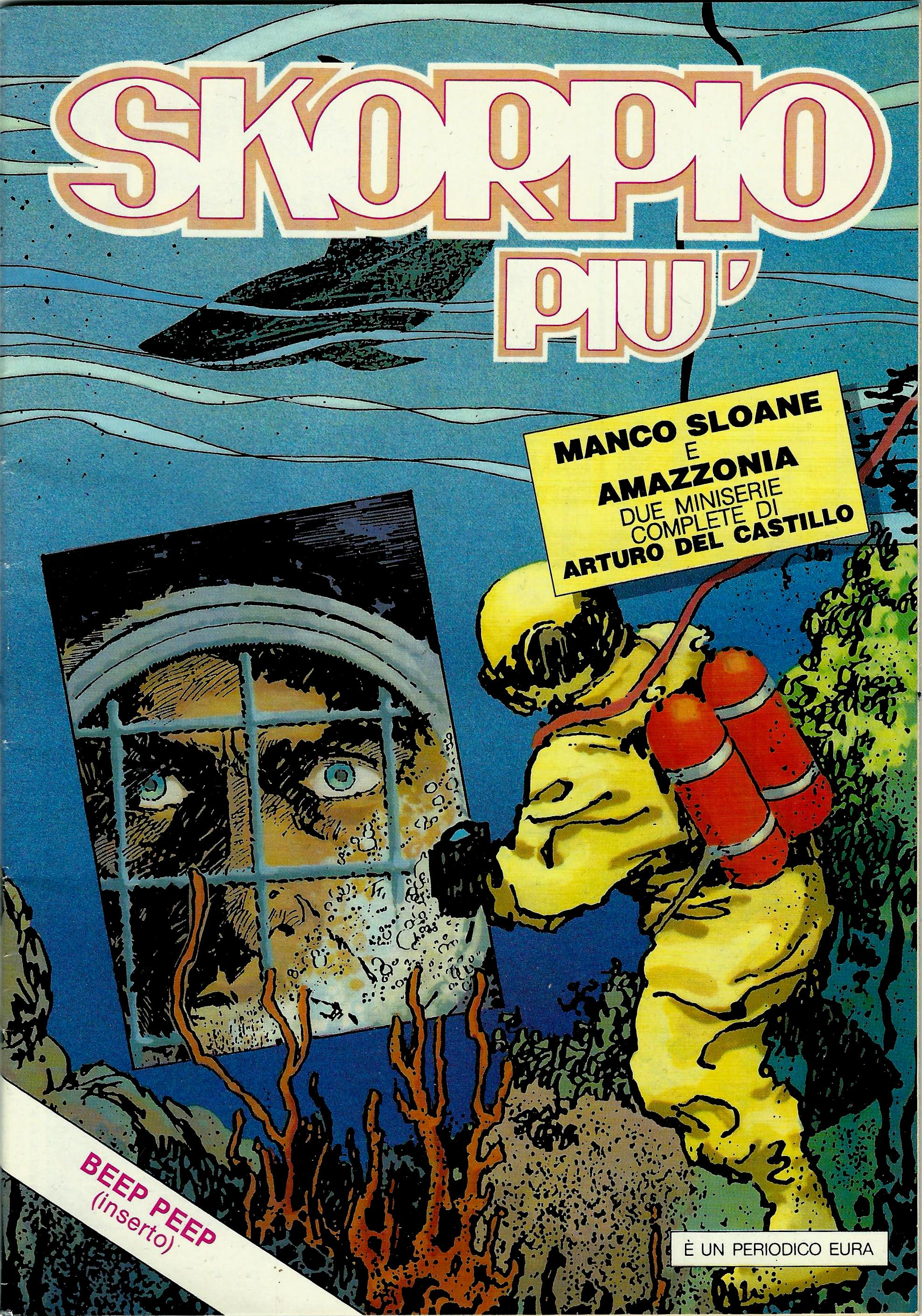 'Skorpio' is a weekly A5 size Italian magazine of comics and strips, first published in 1977 by the publishing house Roman Eura Editoriale, and then from 2010 by Eura Editoriale . It is the "twin" of Lanciostory magazine, similar in content by the same publishing house. Many editions carry an 'inserto' (pull-out section) headed "Le Avventure del Legionario Beep Peep". These consist of strips translated into Italian -- some are complete 6-day series, mixed in with other 'random' strips.

For some bizarre reason in the Italian 'Beep Peep' strips, Hamish has turned into a German called Kurt! Here's a couple of these strips, with the originals for comparison:

Other character name changes include Dirk B Slaughter (now Dirk Massacre) and Headline Harry (now Headline Henry). Beau is referred to by everyone (not just the officers) as just ‘Peep’.

We would be very grateful to hear from anyone familiar with the vagaries of the Italian language who can explain ‘Beep’ to us. We'd also be interested to learn if Mr Kettle's scripts lose (or gain) anything in the translation.