'Private Eye' is a fortnightly British satirical and current affairs magazine based in London, and edited by Ian Hislop, and has established itself as a thorn in the side of the British establishment. Since its first publication in 1961, Private Eye has been a prominent critic and lampooner of public figures, organisations and government departments that it deems guilty of any of the sins of incompetence, inefficiency, corruption, pomposity or self-importance.

Every issue has its "Street of Shame" column covering journalism, newspapers and other press stories, usually written by Francis Wheen and Adam Macqueen. The title refers to London's Fleet Street, from where Britain's national newspapers used to be produced. Richard Desmond is the proprietor of Express Newspapers which his company, Northern and Shell, bought for £125m in November 2000. Private Eye calls him ‘Dirty Des’ due to his company formerly owning a number of adult magazines and saucy satellite television channels. 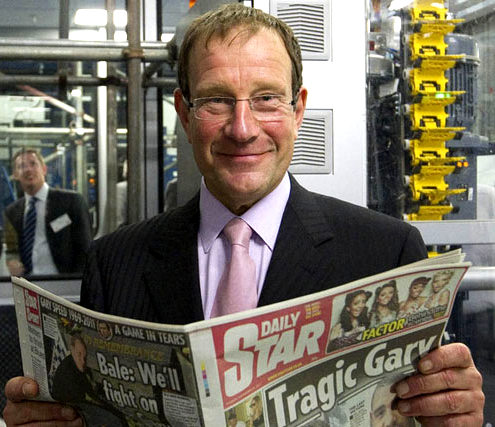 This is the original series of strips which were published in the Star in January 2009: 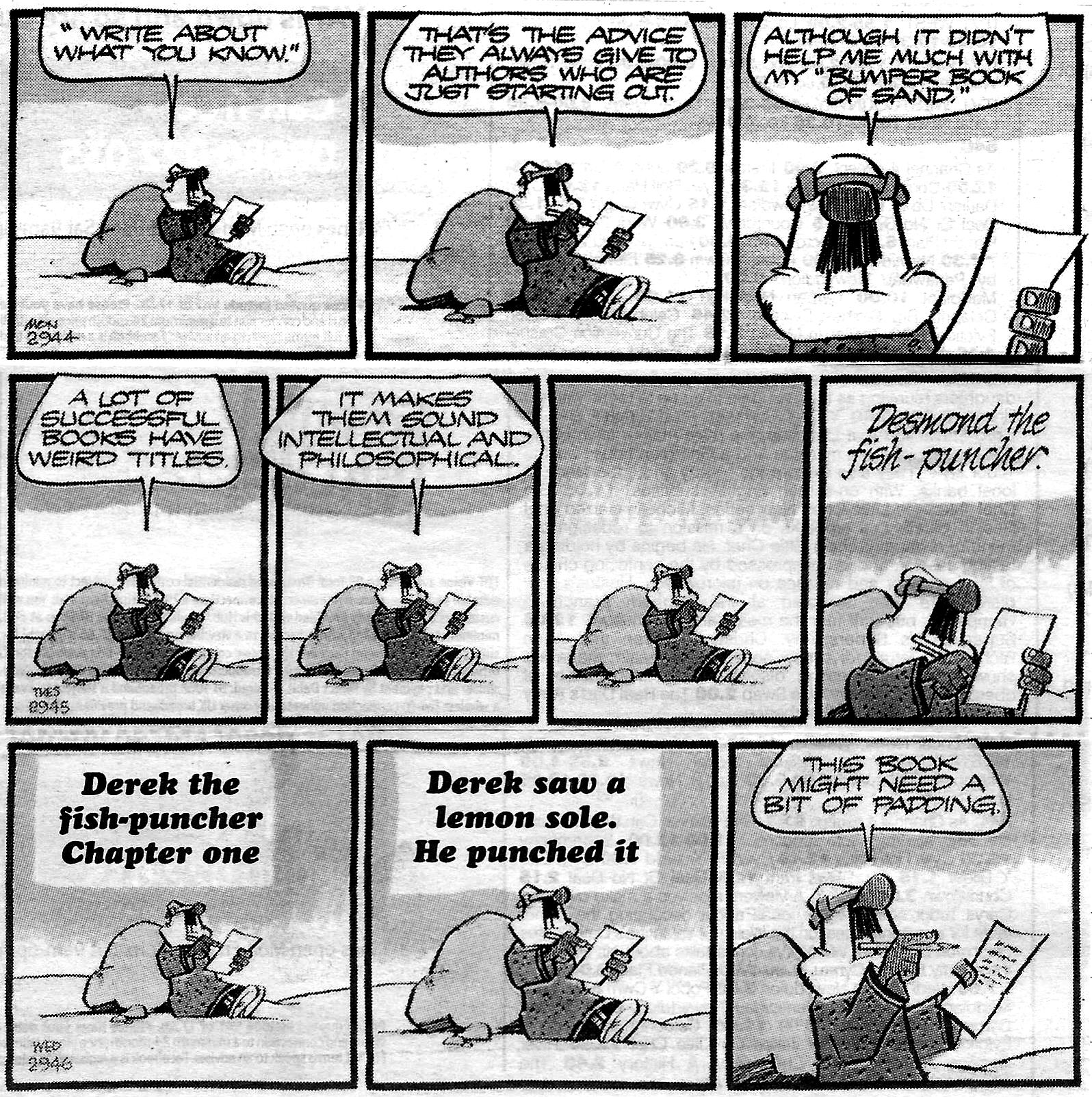 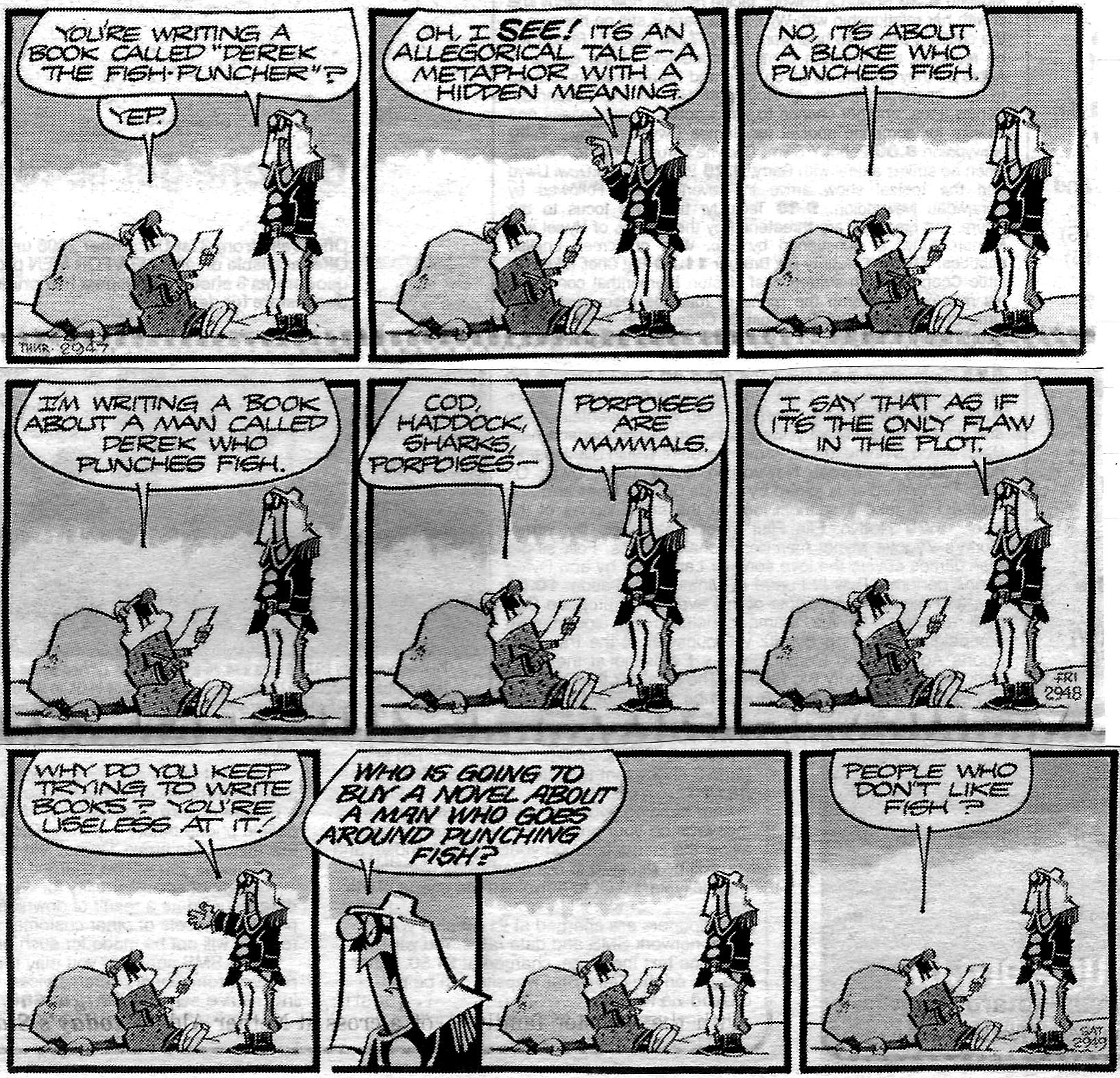 We can clearly see in strip 3 that some of Andrew Christine's lettering has been overlaid with a computer-generated font -- though in strips 4 and 5 it appears that Andrew has replaced 'Desmond' with 'Derek' by his own hand. Desmond/Derek aside, we wonder if these two strips (despite being identified 'Thurs' and 'Fri' respectively) were published in the wrong order?

"Interesting stuff -- I never noticed they'd changed the name from Desmond to Derek! The mock "theory" that I'd named Mad Pierre and Doris after a couple of editors obviously doesn't stand up as those characters were in place long before either of the eds.
I was, however, amazed and chuffed that someone at 'The Eye' had even heard of the characters!"