Colonel George Escargot is the highly eccentric fort commander. His bizarre grip on the real world can be summed up by his belief that "those warmongers of Switzerland" have declared war on him. He is totally unsuitable for the job. He’s completely bonkers. 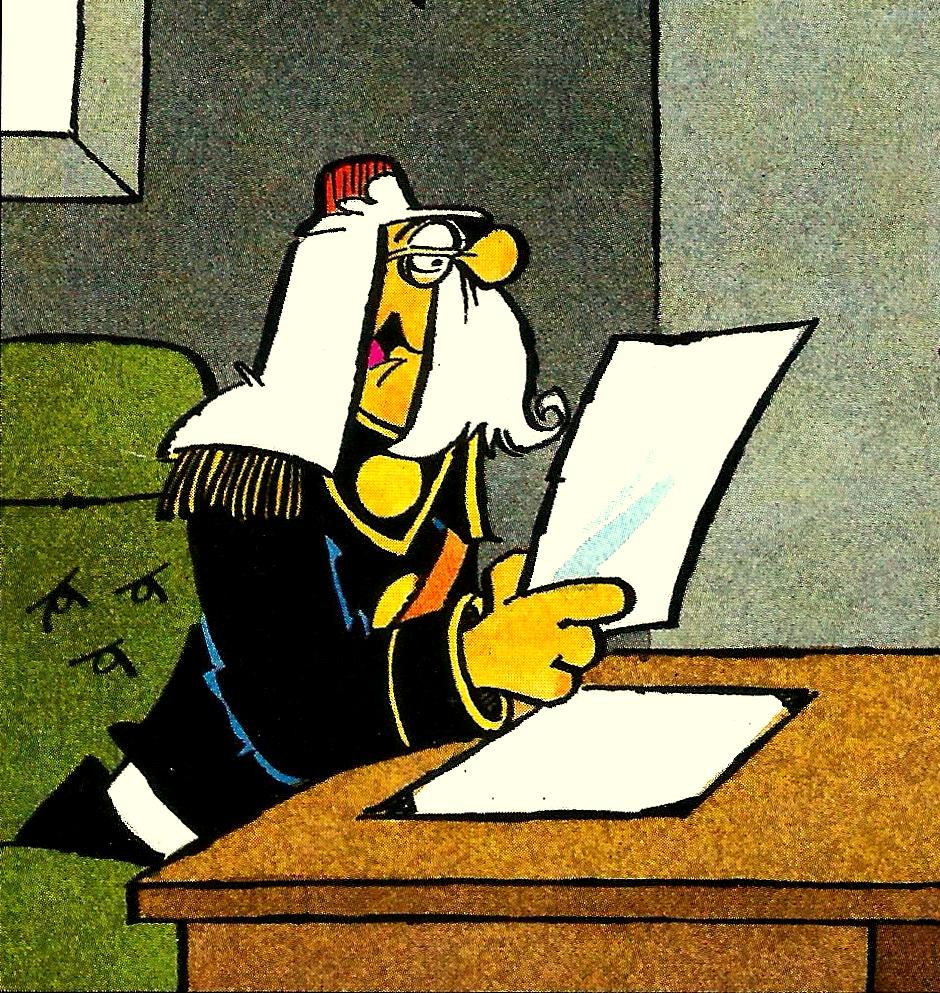 He has been receiving psychiatric help for decades, but as he's oblivious to his insanity (and, because he is the commanding officer) he chooses to ignore it.

The Colonel's' first appearance in November 1978

The Escargot Family
He is married:

He has a daughter who often visits him at the Fort: 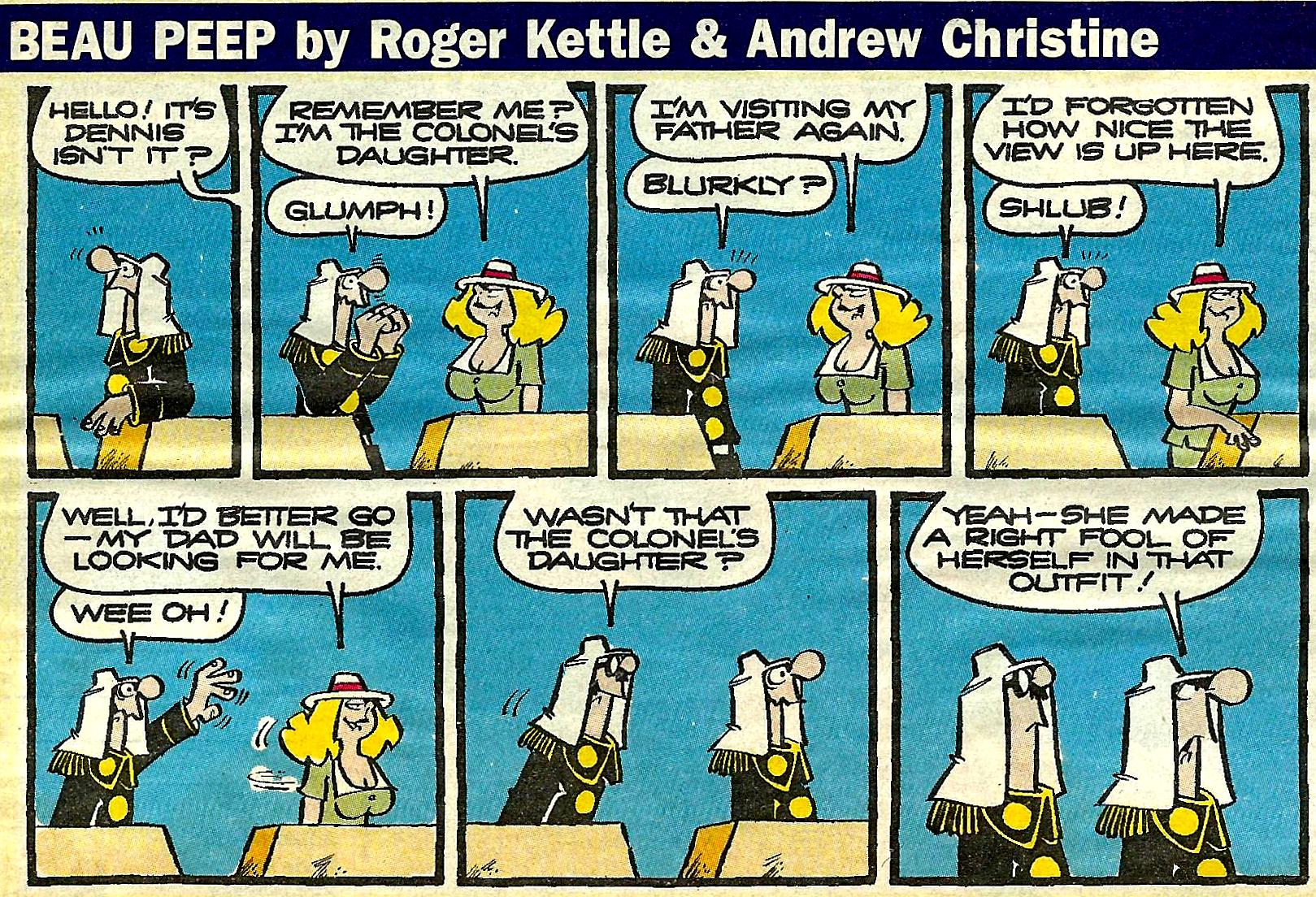 ...and an estranged brother: