When Roger Kettle and Andrew Christine left DC Thomson to go freelance in 1975, they contributed cartoons to some men’s magazines under the "Randy" signature.

“Andrew and I were Randy in those days. Fnaar! ("R", for Roger, plus “Andy”). We sold a lot of cartoons back then to the men's magazines -- Club International, Men Only, Knave, Penthouse etc. They paid really good money and the income saved me from starvation".

Some examples of these wonderfully drawn full-page cartoons: 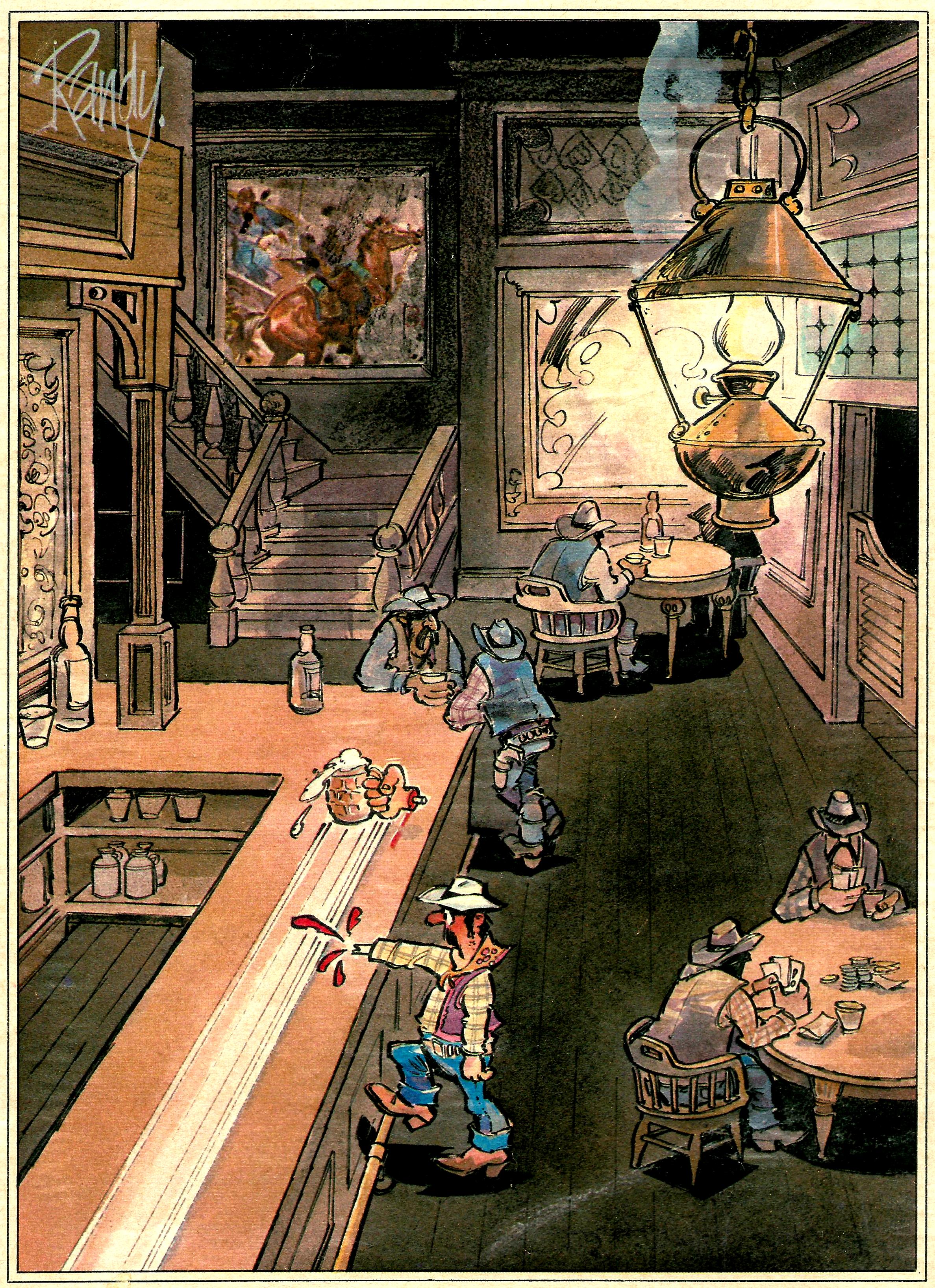 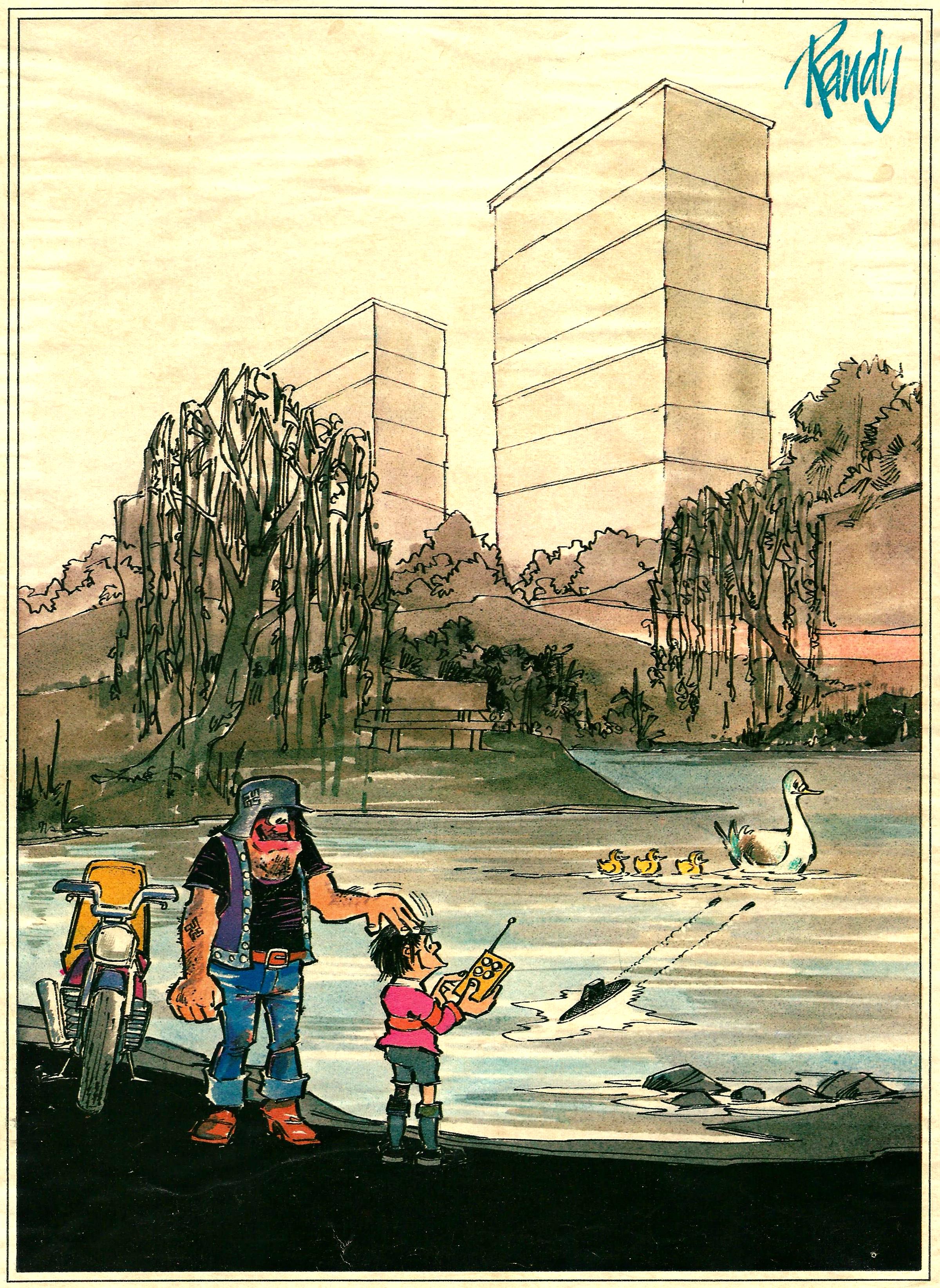 Roger and Andrew produced a long-running two-page strip about a stone-age caveman called 'Slug' which debuted in the Christmas 1981 issue of Knave Magazine. 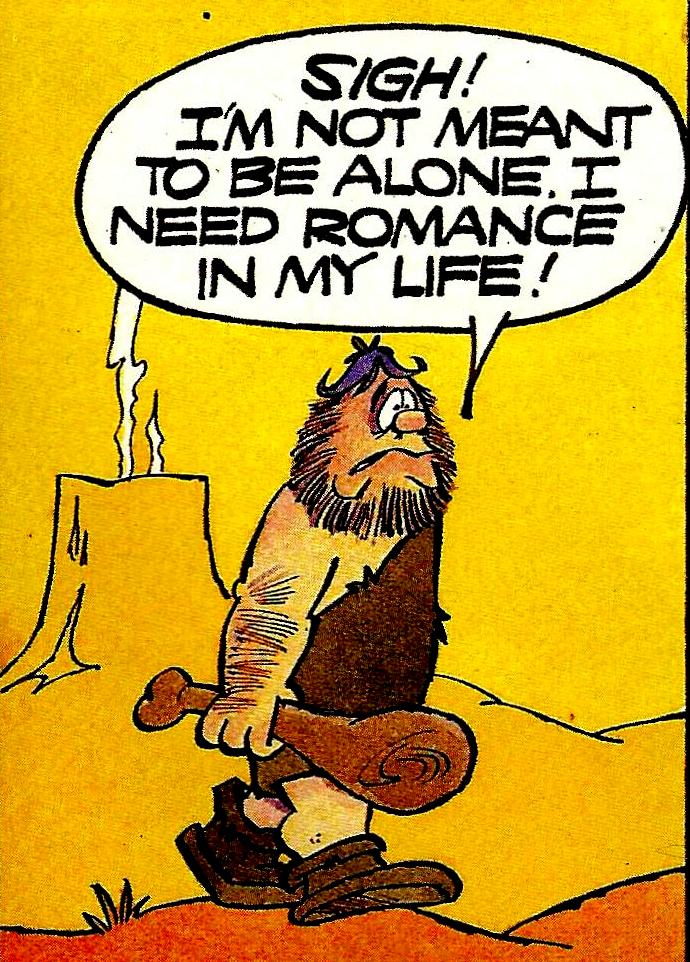 'The Voyages of Olaf the Gang Bangor' was a two-page strip that ran in Club International for a couple of years from late 1977.

"It was about a Viking involved all sorts of extremely rude stuff, and generally having a nice time along the way.
I hope my mum never finds out or reads this, as she thinks I work in a bank”. 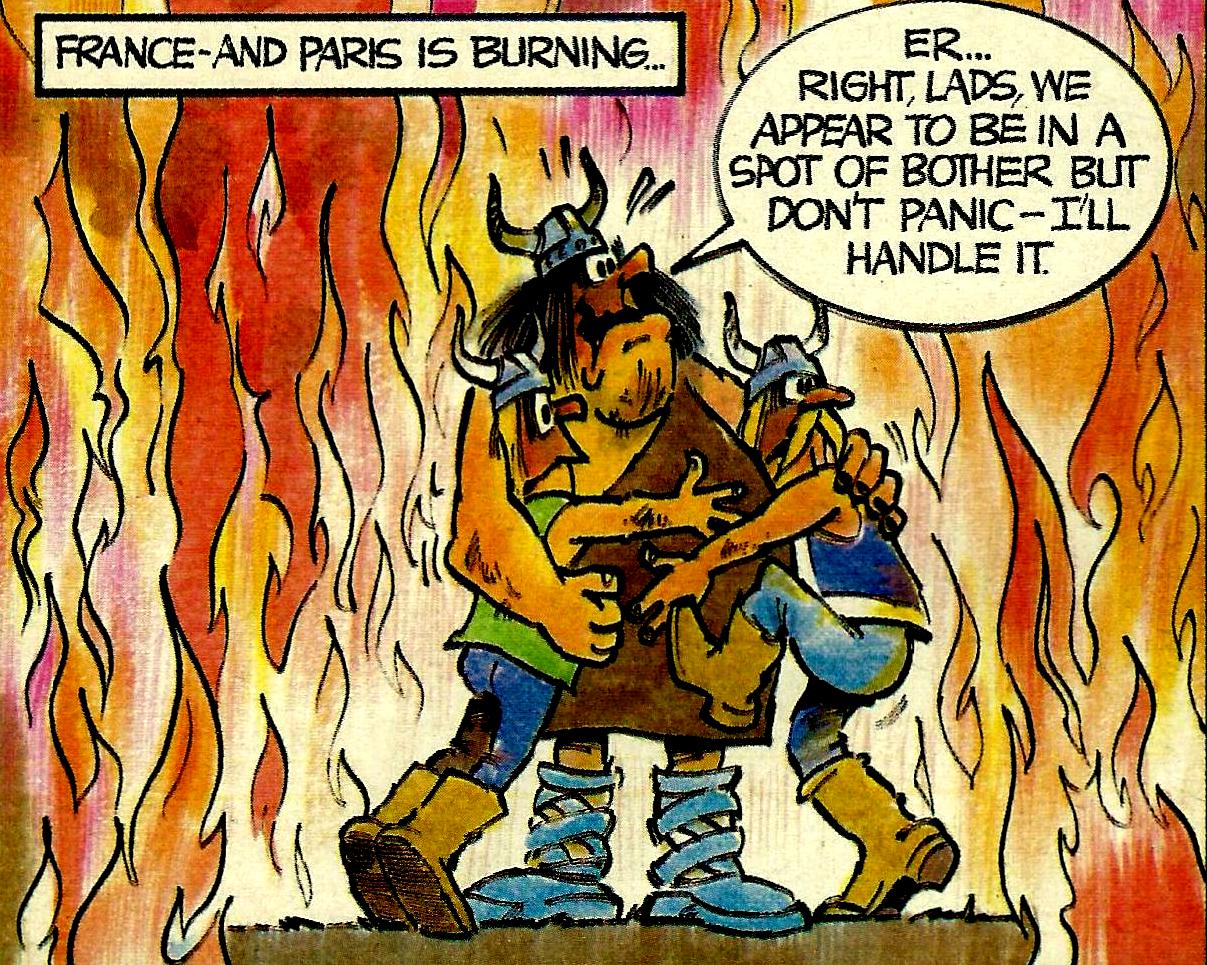 The 32 pieces of original Olaf artwork are said to be hanging on the walls of a Dundee pub called 'The Foreigners'.

'The Legend of Louis Baloni' replaced the Olaf the Gangbangor strip in Club International in 1979, and ran for about 10 issues. It was about the wimpy son of a Mafia boss who takes over the running of the outfit after his father's death. 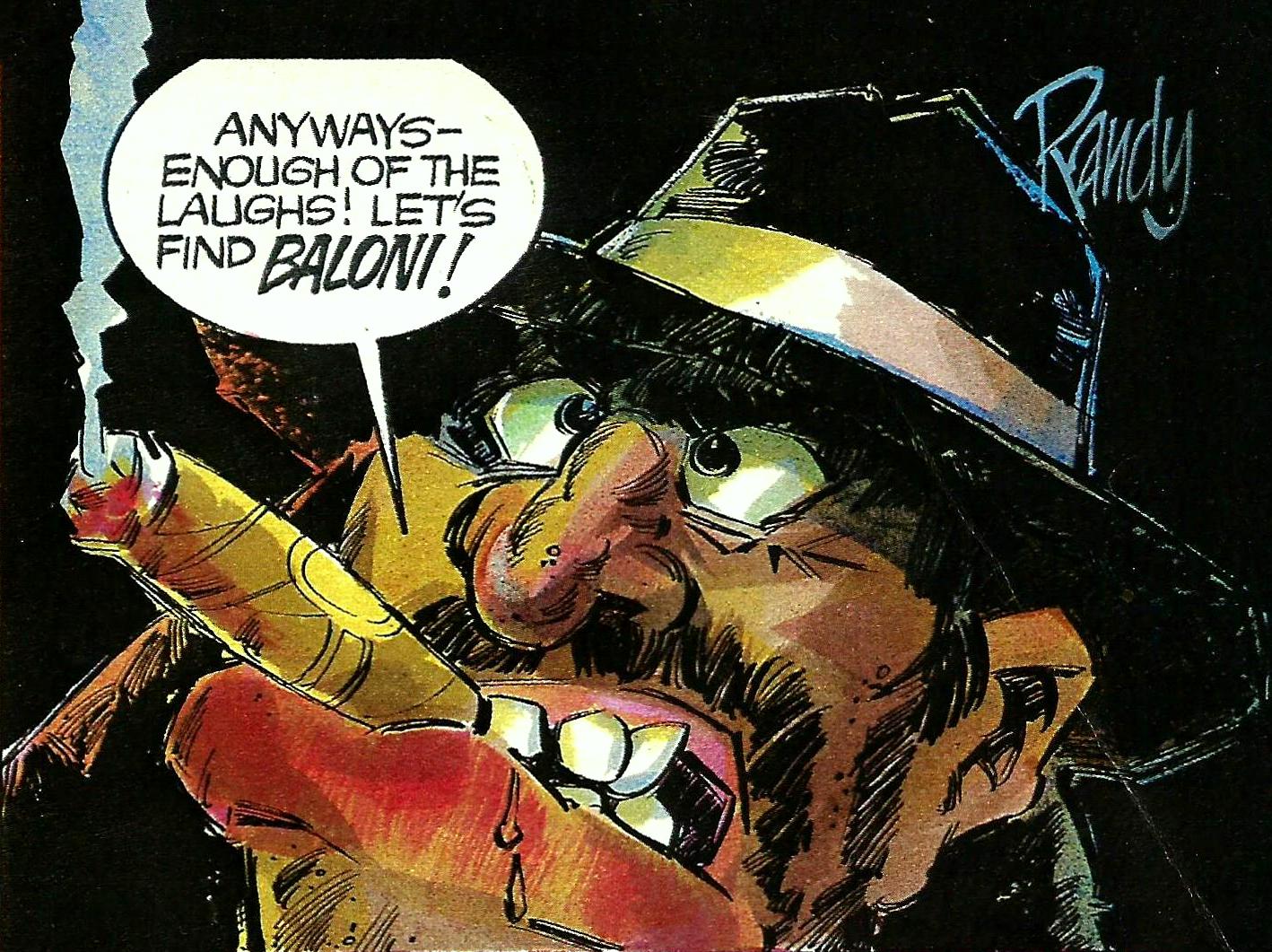 Editor's note:
'The Legend of Louis Baloni', 'Olaf the Gang Bangor, and 'Slug' are very funny and beautifully drawn pieces of work, and were extremely popular. However some of the content is 'of the age' and a long way from being "family-friendly". To this end, we've decided just to show a frame from each of them as examples, here on the Beau Peep website.

As fan letter praising 'Slug' appeared in one of the editions of Knave magazine:

On closer examination, however, we think the initials of this Scottish reader makes the authenticity of the letter a little dubious....