In 1989, 10-year old Craig Shergold was being treated for cancer in the Royal Marsden Hospital, Surrey. His friends and relatives began a chain-letter campaign requesting individuals to send greeting cards to him -- with the goal of beating the Guinness World Record for one million cards received by an individual.

Craig received cards from celebrities from all over the world including Madonna and Arnold Schwarzenegger, and from British celebrities such as Cilla Black and Russ Abbott.

Andrew Christine drew a special Beau Peep card which was presented to Craig in October 1989: 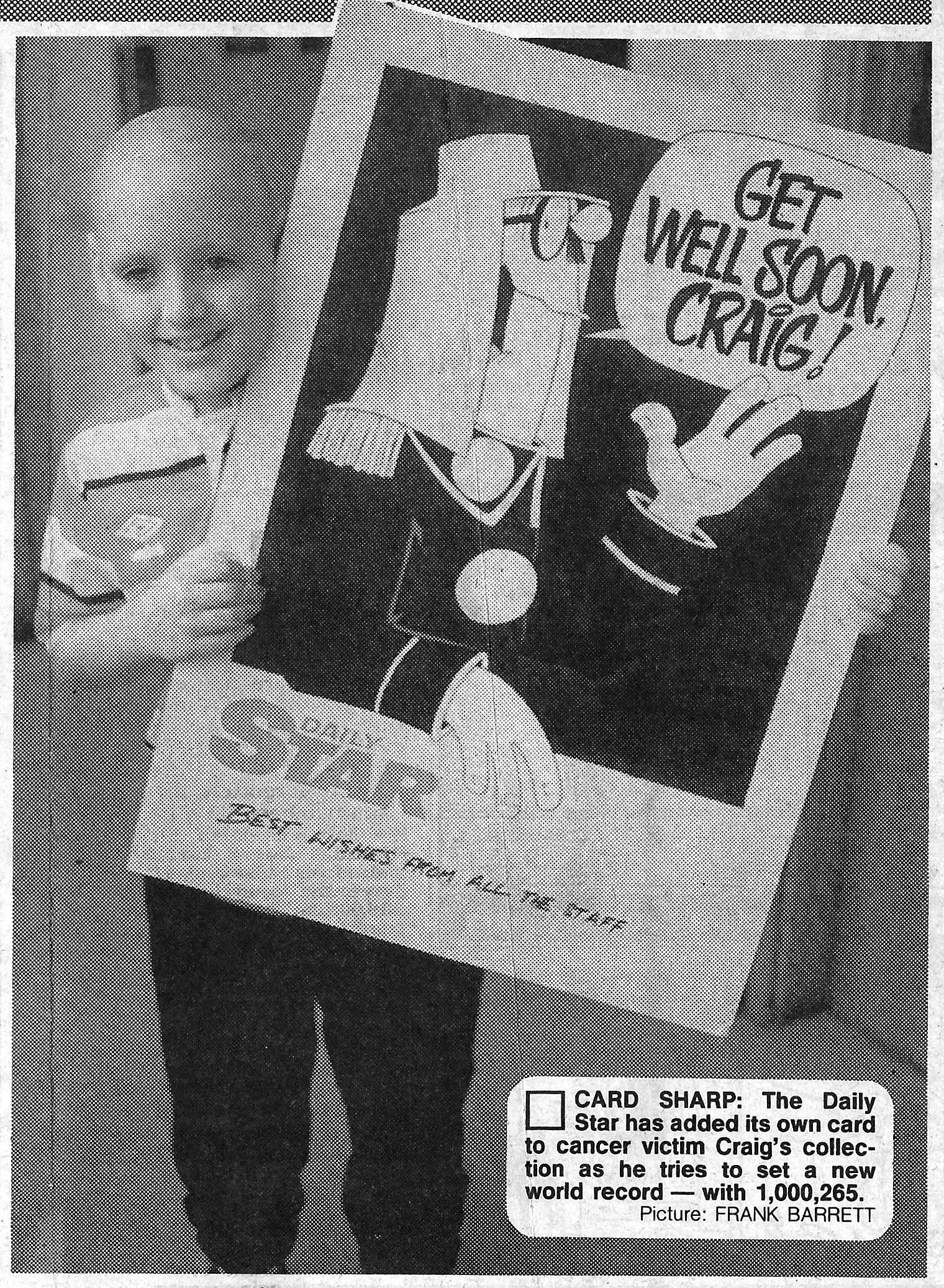 The campaign was successful and Craig entered the 1991 Guinness Book of World Records (by which time he'd received 16 million cards) and again in 1992 (33 million cards).

Happily, Craig recovered from the cancer, but the chain letter continued to circulate and millions of greeting cards still continued to flow to the Shergold's home. The Royal Mail gave their home its own postal code because of the volume of mail they received. The family later even moved house to avoid the deluge.

It's estimated that Craig has received a total of 350 million greeting cards since the campaign began in 1989. Now an adult, Craig does not make any public appearances other than to express his new wish -- for the mail to stop. The Guinness Book of World Records has retired the record and asked that individuals no longer respond to any requests for greeting cards.