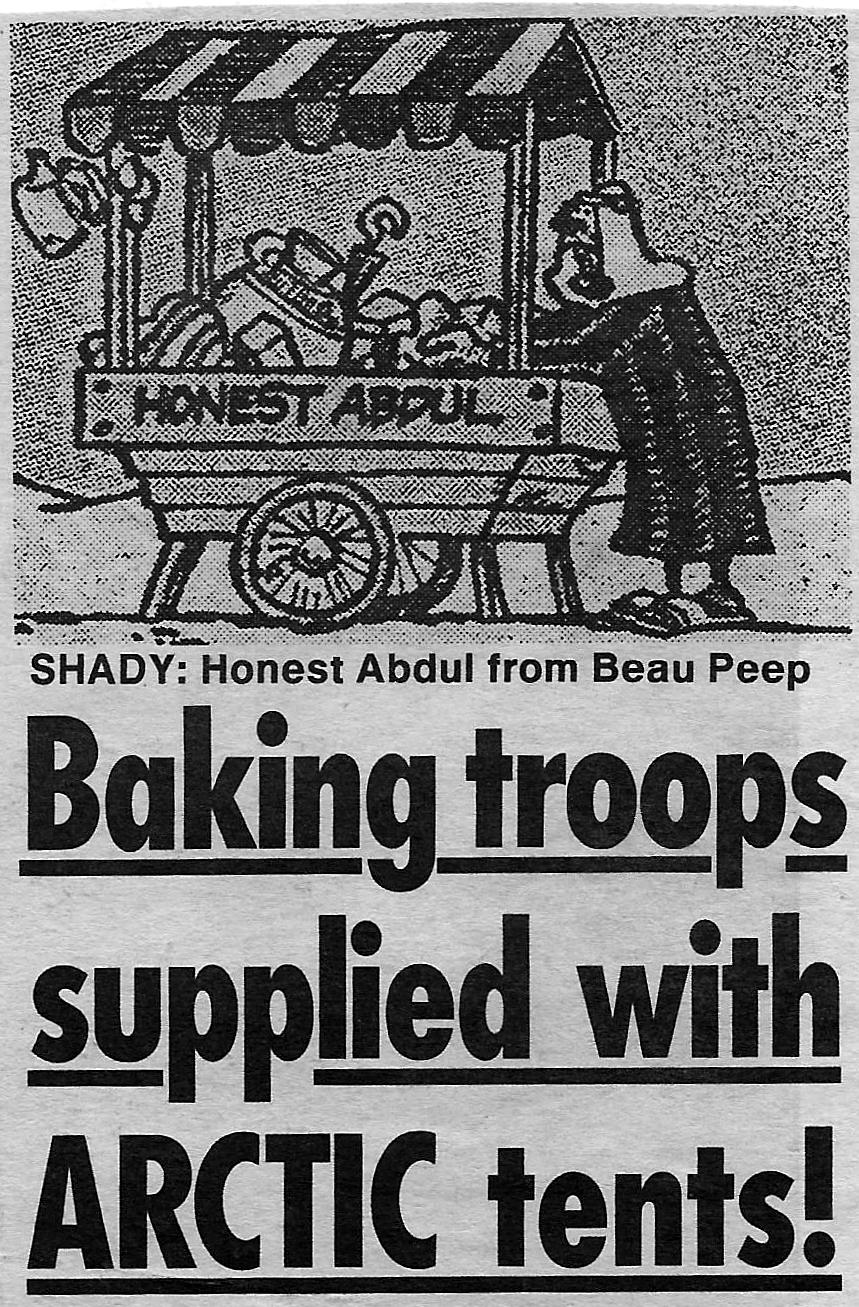 It looks as though Honest Abdul had done a deal with the Defence Ministry. For our brave boys battling the searing heat of the Arabian desert have been issued with...ARCTIC tents.
In a move which could have come straight from the Star’s Beau Peep cartoon strip, the heavy canvas shelters were shipped out as temperatures soared to 130 degrees. Apart from trapping the baking heat, the tents are easily blown over - and the area is swept by high winds.
Baffled RAF men struggled to put up their temporary homes but found they couldn’t hammer in the tent pegs because of the layer of rock below the sand. They even tried hacking out holes with a pneumatic drill - but when that failed they packed up. The 300-strong attachment have now shacked up in barrack blocks used by their Omani hosts at Thumrait, where they are providing support for the Omani Air Force’s fighter planes.
And a Commons report in May revealed that British troops were lumbered with dodgy gear. It included boots so bad that soldiers were advised by Whitehall chiefs: “Don’t run in them.”

The following day, the Star stepped in to help: 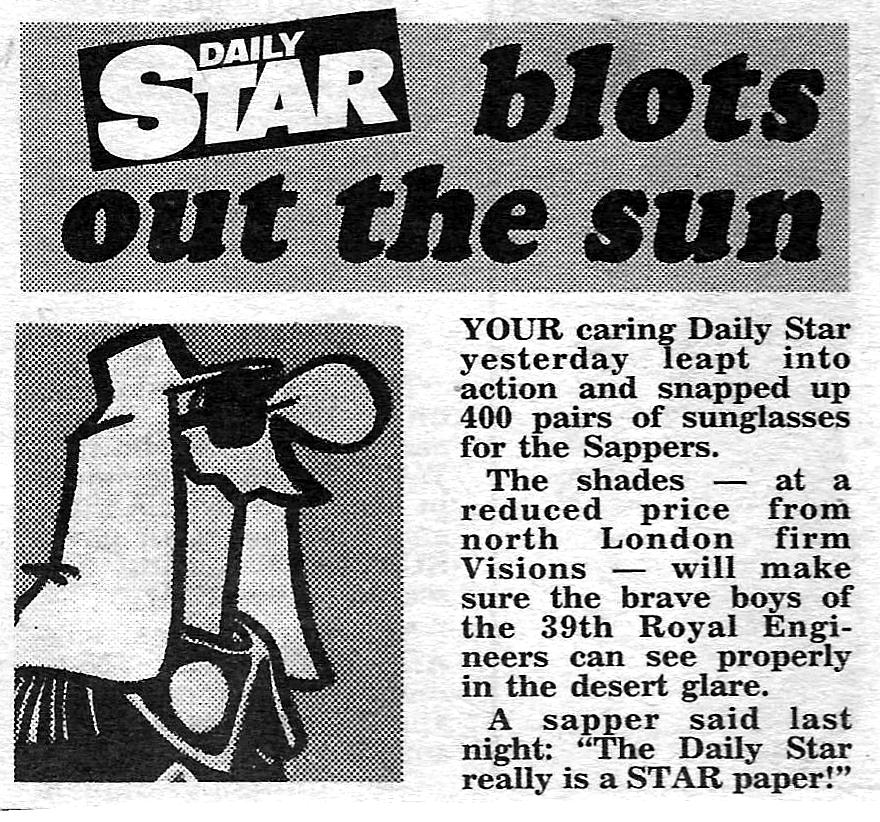 The following month, in September 1990, the Star ran a feature about the 7th Armoured Brigade in West Germany preparing to head to Baghdad for the Gulf War, and sent them some Beau Peep goodies: 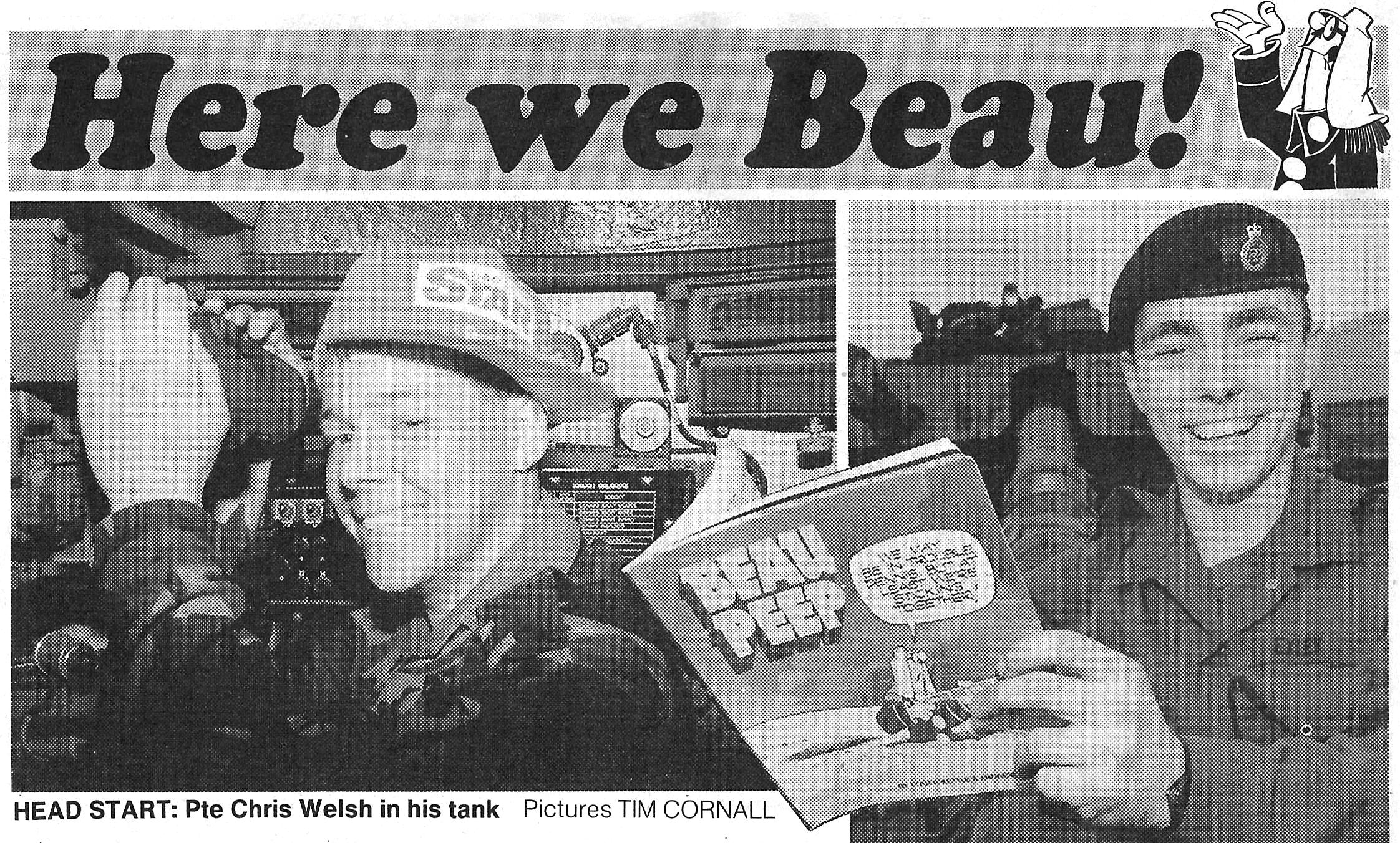 On the front page, back in 1985, Beau (or rather, Dennis!) called for the return of National Service. This promoted a Daily Star pullout section featuring the memories of Labour MP (and Daily Star columnist) Joe Ashton, and others: 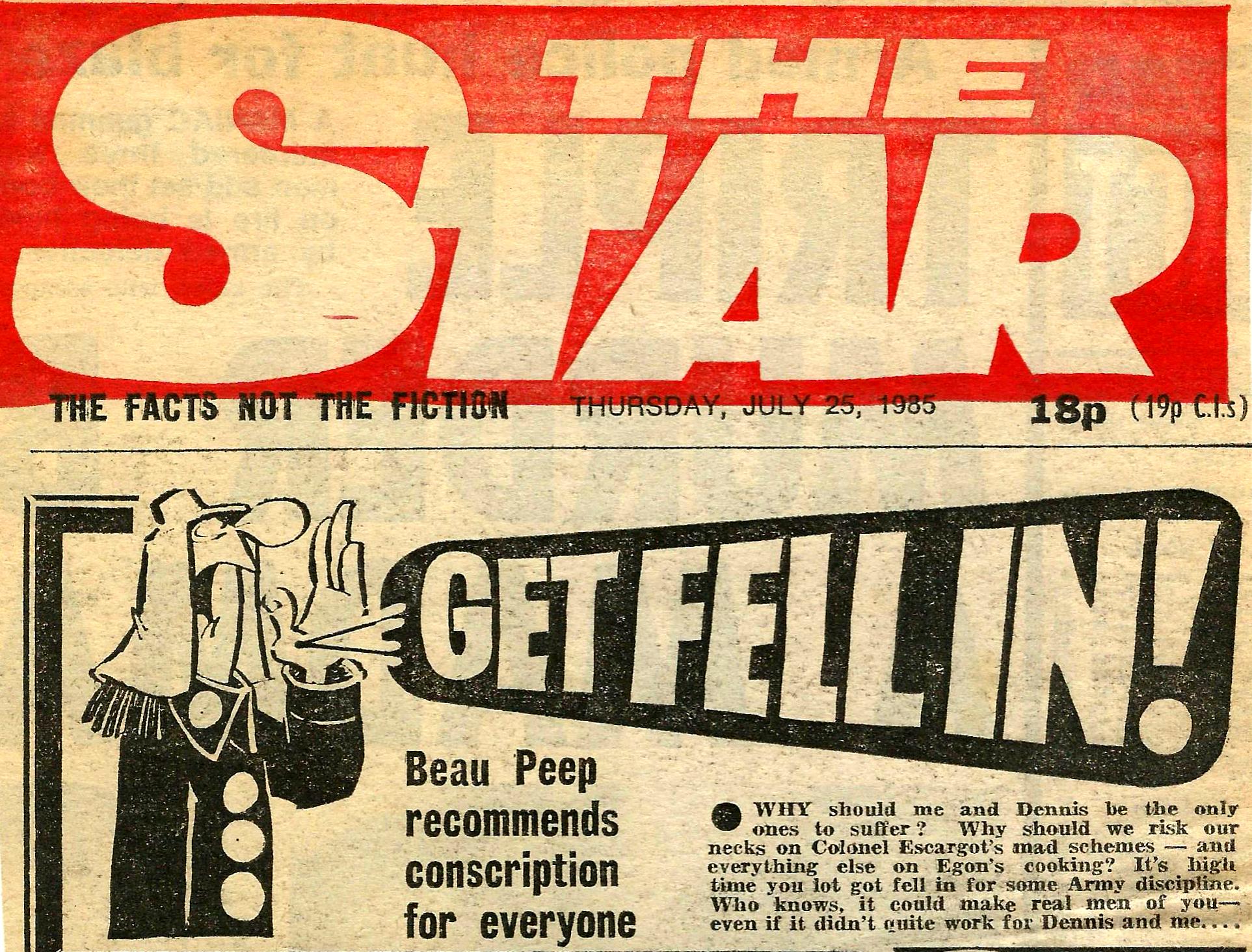 For the sake of completion, we included this "hilarious incident" (according to Star) from July 2009: 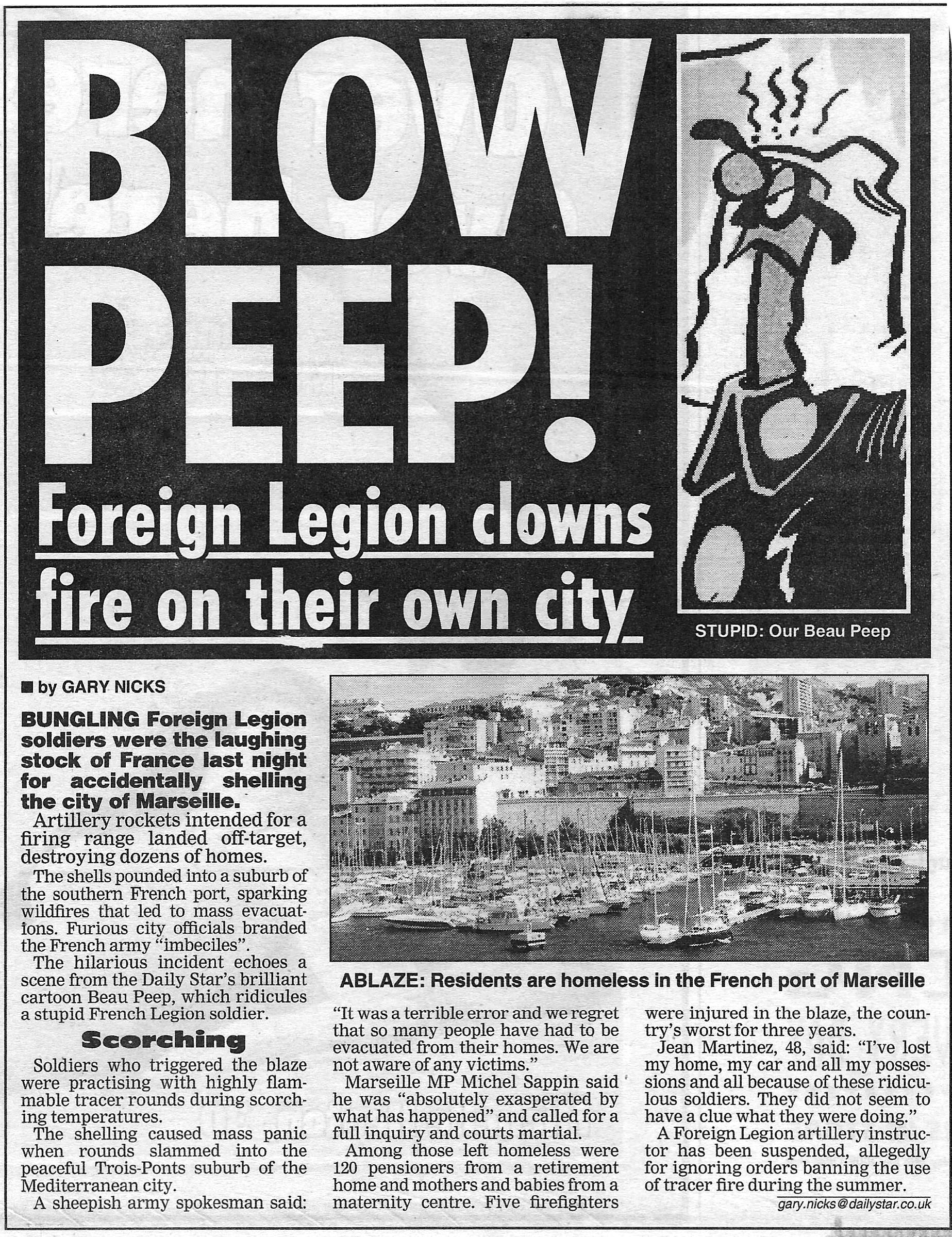